So, as many people probably know, I’m a big fan of the show Death Battle, wherein two characters (usually fictional with few exceptions) are set against each other in a fight to the death. Of course, because some characters involved do not kill usually (Batman and Superman, for example), these fights are actually ‘simulations’ with all personality traits intact but that. Also, the fights take said characters from when they were at their peak ability, so that the hosts of the show can analyse the best of their weapons, armour, and skills. This is why Goku was unable to defeat Superman, as the whole point behind Goku’s character is that he will always have limits he has to break, whereas Superman has no limits other than how much solar energy he’s taken in at any given time, with a proven maximum potential of infinity.

However, despite the fact that the show has been around for five years and 54 episodes (not including mini-analyses, the spin-off shows Desk of Death Battle and One Minute Melee, or other such specials), there nonetheless are plenty of potential Death Battles that myself and many other fans have thought of and wanted to see in the future. So, I thought I’d go ahead and list five Death Battles I’d like to see, and as usual, if you can think of any I haven’t listed, feel free to add them in the comments. So, let’s start off with probably my most requested…

#1 – King Mickey from Kingdom Hearts vs Yoda from Star Wars

The battle of the master swordsmen who, while lacking size, nonetheless are incredibly powerful and skilled. Really, this fight would more or less come down to one major point: Which is stronger, King Mickey’s magic or Yoda’s mastery of The Force? Because I suspect they’re equally matched in swordplay, and while it can usually cut through most anything else, I doubt the Lightsaber could just as easily slice through a Keyblade. Either way, though, this would likely be a fast and furious battle with lots of insane acrobatics.

#2 – Mega Charizard X from Pokémon vs WarGreymon from Digimon

Pokémon vs Digimon. It has to happen at some point or another, and I feel these two are the best choices. With that said, there’s a couple of points that could work in either mon’s favour. Using Digimon logic, as Mega Charizard X is part Dragon-type, WarGreymon’s Dramon Killer claws should be highly effective on it. On the flip side, though, using Pokémon logic, because WarGreymon is covered in metal armour, Mega Charizard X’s Fire-type attacks should work well against it.

Battle of the fan characters! And yes, I know Nazo’s design is based on a potential transformation of Sonic’s from the Sonic X pilot, but the fan community has since made him into something completely different. Really, this would pretty much by design be more of a joke battle, but an epic one nonetheless. Plus, I just really wanna see Team Four Star’s Demon God of Love step into Death Battle. lol

Yes, I know we just had one of the cast of RWBY duke it out in a Death Battle, but honestly, I think I’d like to see these four in a battle not unlike the Ninja Turtles’ 4-Way. Mind you, something tells me we MIGHT be seeing something akin to this in the new season, but I doubt very much it’d be a fight to the death, for obvious reasons. However, with that said, there’s one other Battle Royale I’d love to see someday… 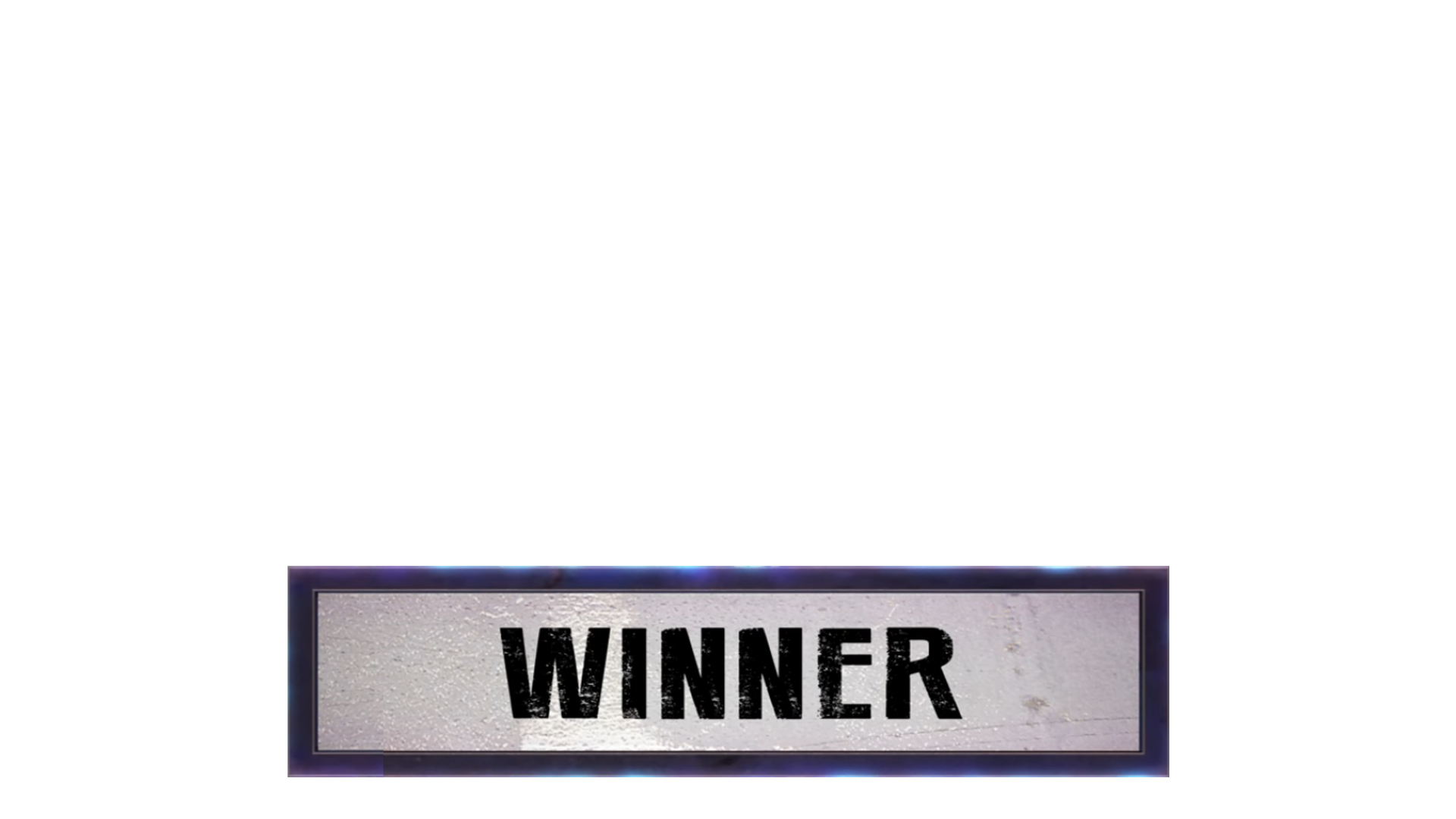 Again, probably would have to be a joke battle that doesn’t involve any real analysis, because otherwise, it would take FOREVER to decide a winner. But yeah, I would love to see every single Death Battle winner step into the ring to determine who would win one final Death Battle. And Superman wouldn’t even necessarily win for being the strongest, since he’d be facing opponents like Spawn, who could hurt him very easily. In fact…ah, screw it. lol

Yes, Superman’s powers make him a near-unkillable being who really shouldn’t be in one-on-one match-ups with no prep time involved like Death Battles…usually. However, Spawn is a different story. His powers range from the magical to the demonic, and Superman lacks any kind of protection against magic-based attacks and weapons. So really, it comes down to a simple question: Is it possible for Superman to gather enough solar energy to cancel out Spawn, or are Spawn’s abilities simply the best possible offense to the Man of Steel?

Anyway, those are five…well, technically SIX Death Battles I’d like to see. Got any I didn’t post? Add them in the comments section, and who knows? Maybe Ben and Chad will see this and add them as future Death Battles. Ja né!

Thoughts on RWBY Episode 1 + Who Would Be On My Cross-Branded All Women Superhero Team?

So, I’m kinda late at doing this, but I thought I’d give my thoughts on the first episode of RWBY. If you’ve followed along with my recaps on the trailers, you’d know that RWBY is all about a team of four young women who fight monsters, gangsters, and other such scum of the world. The first episode is a bit different from what I expected, depicting the first of the characters to be revealed, Ruby Rose, as a tiny bit of a stereotypical anime teenager who’s still in combat training when she gets caught up in a situation involving criminals and Huntresses, women who protect the world from monsters. I won’t give too much away, since I want people to go check it out themselves, but I will say that I like what I’ve seen thus far. You can find it at RoosterTeeth‘s website, or, if you’re still curious, check out the links below for info.

You’re a Huntress…Can I have your autograph??? 😀

Overall, seeing the trailers and this first episode makes me wonder how these four young women, all with varying fighting styles and weaponry, will fare as a team. And that got me thinking: What would it be like to take four women, all superheroes in their own ways, with different personalities, utilizing different combat styles, possibly even completely different universes, and put them on the same team? Heck, who would I even pick?

So, that’s what I have here: A list of four women from different tv series, comics, etc, but all considered superheroes, and all having various powers, abilities, skills, and personalities. This is my all-women superhero team!

So naturally, I’d start with a DC Superheroine, and of them all, Power Girl seemed the most logical choice. She has all the strength and powers of Superman, and is smart enough to run a multi-million dollar business. She’s not invincible, mind you, as she has the same vulnerabilities as Superman too (red sunlight, magic, and Kryptonite), but on a team with three other badass superheroines, she should have more than enough back-up to get her out of trouble should any of those weaknesses come up.

Another comic book superheroine, and like Power Girl, She-Hulk has powers and abilities comparable to one of her universe’s mightiest heroes: The Incredible Hulk. Her strength is just slightly below that of Thor, making her easily the strongest woman in the Marvel Universe. However, unlike her cousin the Hulk, her transformation has little effect on her mental state, meaning she keeps her intelligence, and she’s also worked to make her human form of Jennifer Walters in shape as well, which makes She-Hulk all the more potent a combatant. She possesses a vulnerability to radiation that can mess with her ability to transform, but since she would have three team-mates to back her up, I don’t think that would be a problem. Heck, beyond that, the only way to put a dent in her is to have that kind of power yourself. I’d be surprised if even Power Girl could beat her in a fight……………Note to self: Suggest Power Girl vs She-Hulk in a DEATH BATTLE…Possibly a Bra and Panties Match. XD

You can make the argument that there are plenty of women who have served as Power Rangers that are better characters than Lauren, and I’d tend to agree. However, I don’t really fault her for that, since she came in near the end of Power Rangers Super Samurai and wasn’t given much time to develop a character. What we DO know, however, is that she’s the true Red Samurai Ranger, and is a samurai at least on par with Jayden, the leader of the team while she was in hiding. Not only is she fast, strong, possesses near-limitless fire Symbol Power, and pilots the mighty Lion Folding Zord, her greatest feat is her taste buds, so mighty that even Mia’s cooking tastes good to her…which, I will admit, actually managed to make that terrible running gag funny again after not being funny for at least a year…so I guess I’ll add THAT to her feats, too. In fact, in those few episodes she was in, I found the team dynamic worked a lot better with her as leader. Why the hell did they switch back to Jayden? Oh yeah, ‘cuz that’s what happened in Shinkenger…Note to self, do a rant on Power Rangers Samurai. SOON.

Really, who better to be a member of a team of superheroines than the leader of the Sailor Scouts and Princess of the Moon Kingdom, Sailor Moon. While occasionally (okay, a bit more than occasionally), Sailor Moon can succumb to clumsiness and air-headedness, Serena (Usagi in the original Japanese version) possesses incredible powers. She can purify people of evil, she can create perfect disguises for herself with a magic pen, even her tiara can become a miniature Destructo Disk (Man, EVERYBODY’S ripping off poor Krillin these days). Again, she’s not without her faults, but with her friends backing her up, there is nothing she can’t do.

Anyway, that’s it for tonight. Comment below, and tomorrow I will be sure to talk about…