So, like a lot of comic fans, or just fans of the Marvel movies, I play Avengers Alliance on Facebook…..off and on. Yeah, I tend to have a love/hate relationship with it. I mean, I like it, I think it’s one of the better Facebook games out there, but there are also things about it that I wish were different. To be honest, I actually far preferred Avengers Alliance Tactics, and was more than a little disappointed when the game was discontinued. Regardless, here’s a list of things I think the game could stand to change or add, and as always, you’re free to add your own ideas at the end. Let’s start with what’s probably a fairly obvious one…

More Options For The Player Character

Granted, it IS kinda cool to create arguably the most badass S.H.I.E.L.D. agent of all, second only to Samuel L. Jackson as Nick Fury or heroes like Black Widow. Thing is, though, what if I don’t wanna be a S.H.I.E.L.D. agent? I’m just saying, if you’re gonna give us the option to make our own character, I’d like more… … …y’know, OPTIONS. What if I wanna be an actual superhero, an Avenger? Or heck, how about an X-Man, or an Inhuman? Surely they coulda worked that in. Oh, and for the love of God, while I like having my created character and building them up, why am I being forced to play as them all the time? Other than in daily missions, you always need to take them into combat. I’d love to be able to do teams like the big three of Cap, Iron Man, and Thor, or my own contingent of the A-Force with She-Hulk, Captain Marvel, and Spider-Woman. 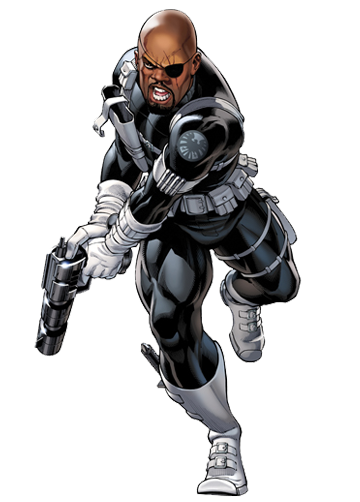 To be fair, it actually says a lot about the Marvel Universe that there can be 119 recruitable heroes in this game and yet still be missing some fan favourites. Most of the bigger name heroes are in, of course, like the original founding members of the X-Men and the Avengers, Captain America, Wolverine, Spider-Man, Storm, and Carol Danvers (AKA Captain Marvel, or Ms. Marvel as she’s still referred to by default in this game, sadly). Still, there’s been plenty of characters that have made big impacts in recent memory that could be on there, like my personal favourite, Kamala Khan, Spider-Gwen, Miles Morales, Jane Foster as the new Thor, or Inferno, or even characters that have been around for a while, like Jubilee, Lockjaw, Scott Lang, Misty Knight, Scarlet Spider, Thunderstrike, or Dazzler (and yes, I know I’m probably the only person to ever personally request Dazzler be added to a game, leave me alone, lol). Or hell, Coulson, Hill, and Fury are in the game as advisers, why not make them playable too?

A lot of characters have alternate costumes that come complete with new abilities and attacks. And while I appreciate the heck outta them, I also feel like there should probably be more. How about the most recent incarnation of mohawk Storm? Or Age of Ultron Vision? Avengers: Earth’s Mightiest Heroes Wasp? Netflix Daredevil? The new Cyclops costume with the x-shaped visor? The newest version of Spider-Woman that lacks a giant yellow arrow pointed at her groin? (I know I’ve said this before, but aside from the sweet colour scheme, that costume is a touch on the tasteless side, which is why I’m eager to eventually get Carol Danvers’ Captain Marvel costume). Or heck, I mentioned bringing in Jubilee, maybe she could have her 90’s costume where she has her mutant powers, or her modern one where she has her vampire abilities? 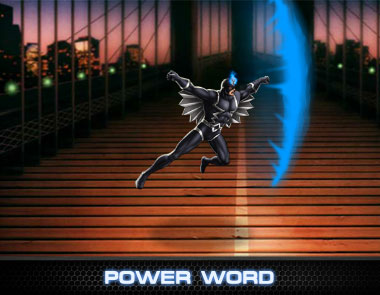 Option To Turn Down The Volume

This one actually legit bothers me a lot. The sound effects are freaking loud as shit, and there’s no way to adjust them without turning them off completely. Oh sure, I can always change the overall volume on the computer, but what if I’m listening to music while playing? Y’know, what if I’ve got tracks from the movies playing while I play the game? I’m just saying, a volume control for the game would be nice is all.

Look, I get it, a lot of Facebook games use this formula…and it annoys me. A lot. Granted, it allows for multitasking, in that you can play a little of this game, send your party on Quinjet missions for some silver while you wait for your energy to recharge, and then go do whatever in the meantime. But I’d like a little more play time in between. And granted, there are ways to recharge your energy, but they’re short in supply unless you stock up. I’m not even asking for much more. I personally think 100 would be better than 60. It’s a nice, even, and big number without being too big. 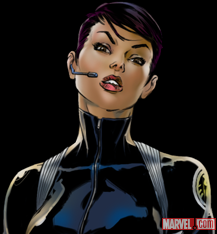 The Ability To Start A New Game

Yeah, not gonna lie, this bugs me. There are times I wish I could start over from square one with this game. Problem is, you can’t. Even if you remove the app from your Facebook, it saves your progress for if you put it back on. So, say you start your game with a few…mistakes in judgement? Like, spending gold and points on stuff that, while not necessarily bad, kinda pale in comparison for something you could’ve saved up for and gotten early? That decision will haunt you until you’re able to build it back up. And yes, I know you can spend real life money to get more gold and silver, but not all of us have that ability. If I could purchase stuff online, I’d use it to support Emmybomber, Morgan Meryl, and all my other artist friends online… … …Also, I’d pay Greg Capullo to draw my superheroes. lol

Anyway, that’s all I can think of for now. Lemme know if there’s anything you wanna add, and hey, if you’re like me and irritated by the lack of info on the games on GameFAQs, be sure to check out the unofficial database for the game, the Marvel Avengers Alliance wiki, by clicking on the link below. Ja né!