My Thoughts On DC Books Getting Cancelled In March

So, with the solicitations for DC in March out for all to see, a few cancellations have been made official, one of which I already talked about, one I knew about and didn’t mention on here, and one I just found out about and is making me rather sad. So, let’s go through all three and what my thoughts are on them.

Not TOO depressed about this one. Why? Well, for starters, I never read it, but I have seen bits and pieces, and I can say that while Animal Man isn’t my own personal cup of tea, I can see how a LOT of people would love the crap outta it. The other reason is that the writer, Jeff Lemire, is gonna be writing adding Animal Man to the roster of one of the Justice Leagues, likely either Justice League Dark or Justice League of Canada. Either one works, honestly. My only concern the ending of the Animal Man book, the status of the Baker family by the end of it, and if they will be appearing in the League book he’ll be in. 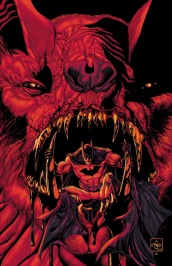 THANK FRAKKING GOODNESS, this book is getting cancelled! If I may be allowed to adapt a quote of Roger Ebert‘s, when he was talking about the movie North, I hated Batman: The Dark Knight. Hated, hated, hated, HATED that book. HATED it. Hated every single stupid, intelligence-insulting moment of it. And it’s gonna survive until #29, not counting the #0 issue or the Villains Month issues. The ONLY reason this book made it this far, and I know this, because I WAS one of the people who bought it for a while, is the title (because The Dark Knight was still hot), and the fact that Batman was the main protagonist. If you put anyone else in these scenarios and storylines, wouldn’t have ever made it past the first arc. And the fact that writers are very generously trying to make something out of the random, idiotic stuff that happened in it, I don’t know why they bother trying, but kudos to them. In fact, memo to me, come March or April, do something that carefully analyses the idiocy of this book. 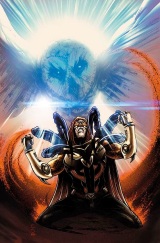 Sadly, this book, not okay with it being cancelled. Going into Talon, I was initially concerned that this was gonna be a waste of time, and on the very first issue, I knew this was gonna be awesome, and it has been. Calvin Rose has been awesome, Casey Washington has been quite possibly one of the best new characters of the New 52, the story has been a great follow-up to the Court of Owls/Night of the Owls arcs of the main Batman series by Scott Snyder, and my only hope is that these characters continue to hang around. In fact, I wouldn’t be surprised if they become regulars in the upcoming Batman Eternal weekly series. I’d LOVE it if Casey became the next Oracle type of character.

So, guess that’s one book I’ll be forced to drop. However, I’ve decided to stick with Talon until the last issue. Regardless of what happens, how it ends, and who stays or goes, I’ve stuck with it since the beginning, so I feel the need to stay with it until the end. I owe it to these characters, and I owe it to James Tynion and Scott Snyder. Still, I guess that helps me with my decision regarding what to drop for the new books in the new year, which you can still vote on, btw.

So, what are your thoughts on all of this? Comment below, and we’ll see how these books conclude in March. Ja né!