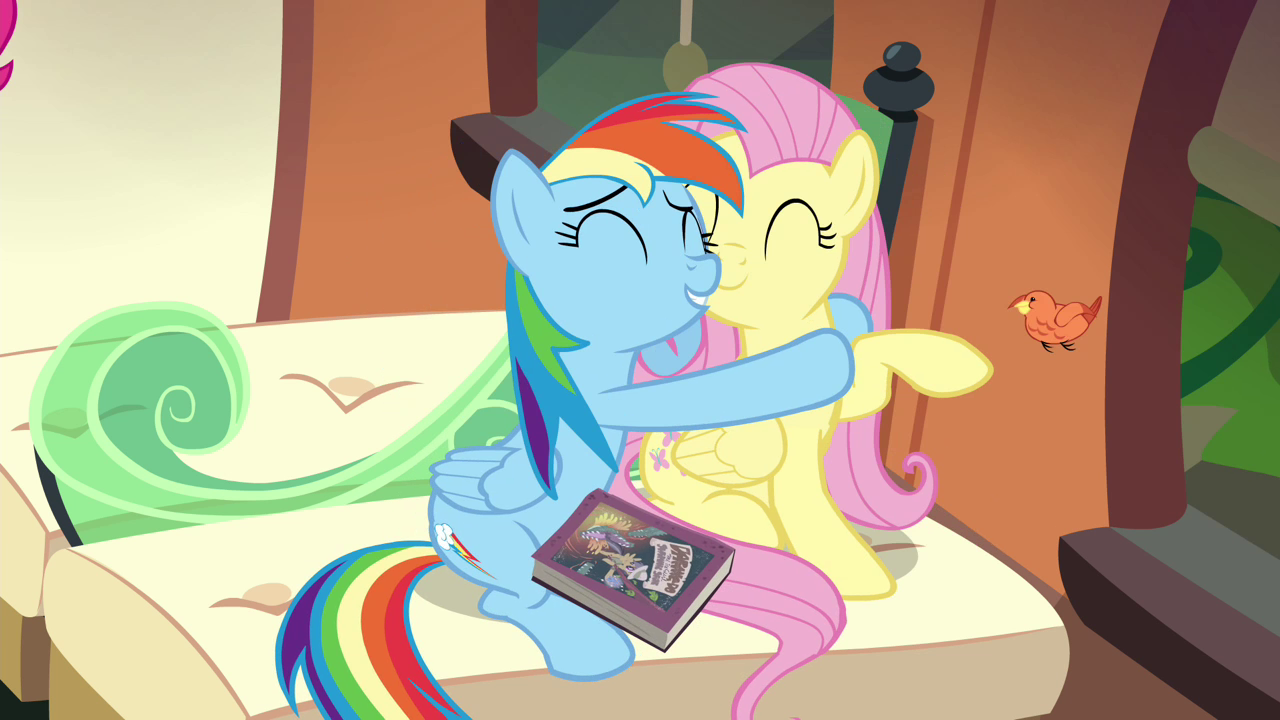 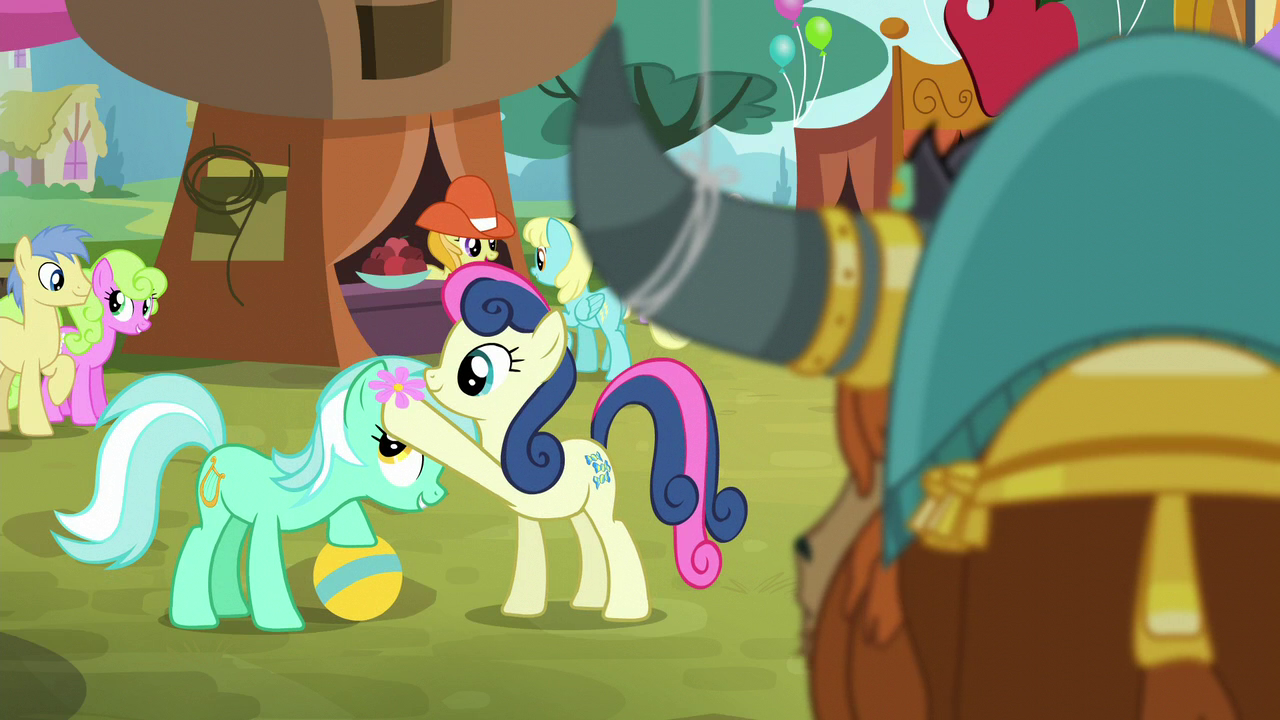 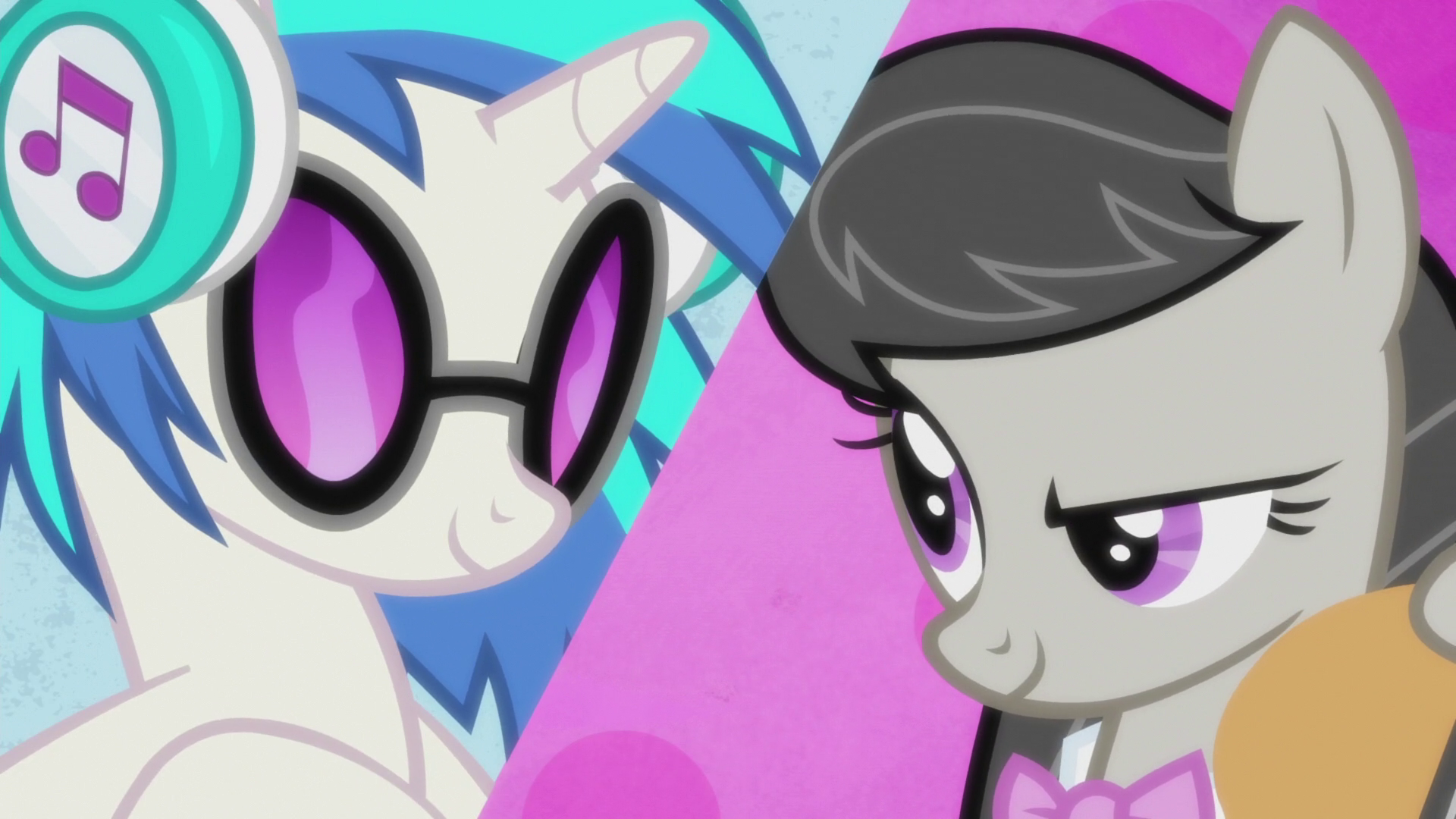 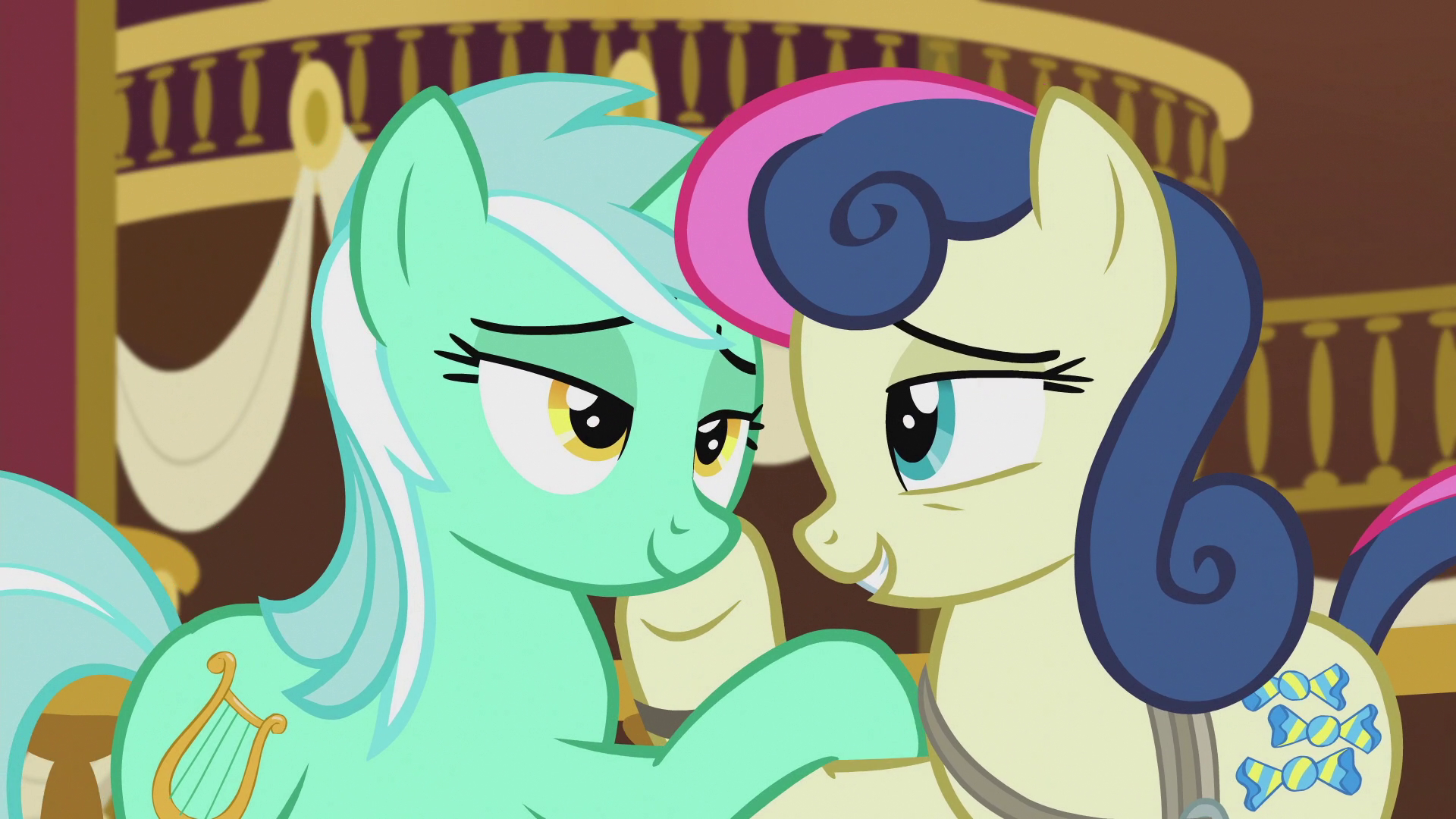 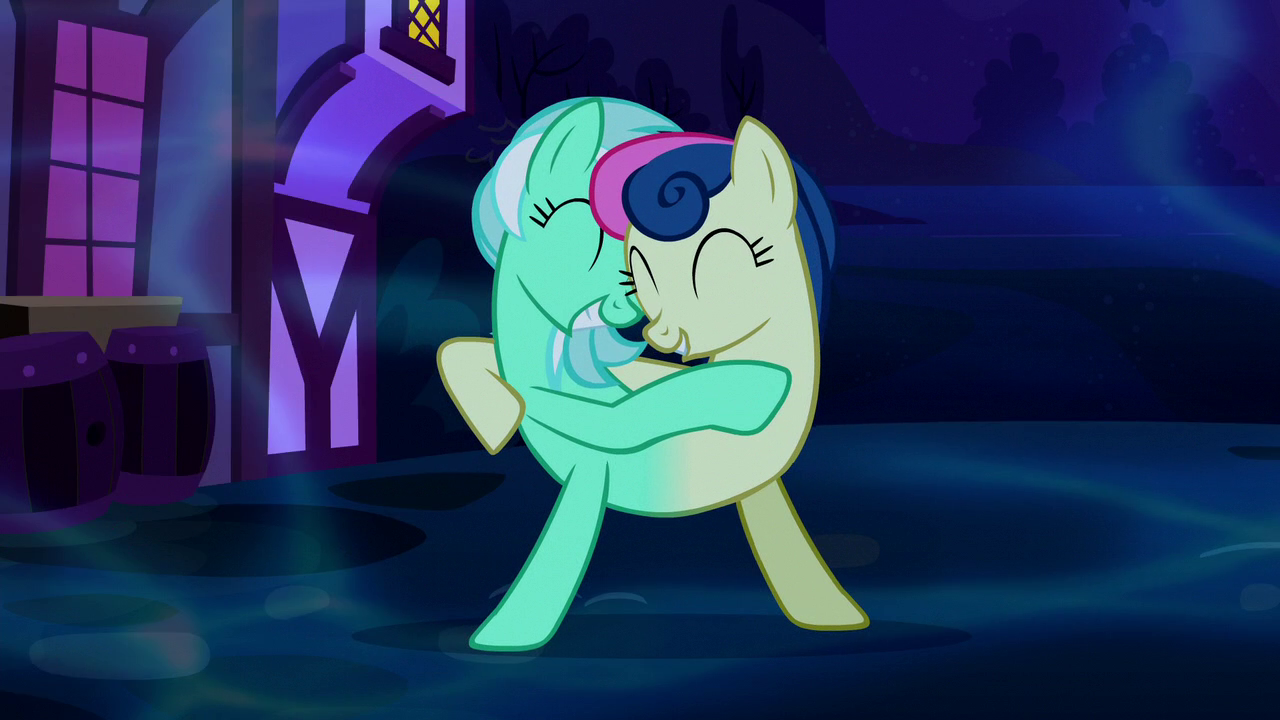 Why The Rage Over Twilight Sparkle’s Transformation? (WARNING – SPOILERS FOR SEASON 3 FINALE)

Okay, I’ve been kinda avoiding talking about Friendship Is Magic a lot on here, but something occurred recently where I just have to stop and ask “Why?”. Now for those wondering, yes, I watch this show. I know that might surprise some, considering a certain video I released a while back from when I watched a little video called Cupcakes and have since acted all traumatized any time something MLP related pops up on my show. Well, first off, yeah I was kinda traumatized by Cupcakes, but I got over it pretty quick. Everything since has basically just been me playing it up for laughs, especially when I look back and consider just how dumb I was for being horrified by it. Now, am I a Brony? Ehhh, depends on when you ask me, to be perfectly honest. I don’t mean to pick on y’all, but you do get a little over-enthusiastic with this show. And this is one of those times.

So in the newest episode of Friendship Is Magic, Twilight Sparkle writes her own magic, which in turn allows for her transformation from unicorn to alicorn (which is actually an error and the correct term iswinged unicorn), and that she’s also now a Princess along with Celestia, Luna, and her sister-in-law Cadance. And for some bizarre reason, people have been really pissed about that, saying they jumped the shark and that this is the end of the show and so on. Don’t believe me? Watch the live chat version of this episode on YouTube. There was actual panic going on there when it happened, which I am hoping was exaggerated, because then it would be kind of funny whereas now it’s just dumb.

Now first off, before I address my overall thoughts on the matter, I will say that I saw this coming, for a LONG time. The biggest piece of evidence (before Hasbro actually went out and just said it, that is) was during The Crystal Empire, where we see transitional shots of Celestia and Luna with the sun and moon behind them and Twilight with a star behind her, and then at the very end where Celestia and Luna watch Twilight leave and pull out Star Swirl the Bearded’s book. So yeah, knew this was coming eventually, so didn’t really shock me.

Aside from the change itself, my thoughts on the episode as a whole are that it should’ve been a two-parter, or perhaps a made-for-tv movie. It was good, it just felt like too much (seven songs and a crap-ton of flashbacks) was being crammed into an episode that, minus commercials, clocked in at just over 20 minutes. Plus, I would’ve liked to have seen Twilight getting ready before the coronation, and maybe have Luna come in and say something to her, thus furthering the full circle she’s gone through.

As it pertains to the change itself, I will say that I understand concern over this move. After all, it’s a big change, especially considering that Twilight is arguably the main protagonist of the show. What I don’t get is the outrage. Honestly, it comes off as people not even giving this change a chance. Guys, chillax a little. Let this play itself out. It might not even change THAT MUCH of the narrative. I mean, it’s not like they’re all being turned into human teenagers so they can go undercover at a high school-

………….Anyway, I think for now we just need to wait until Season 4 and see how this plays out. Ja né!

Viewcount Totals for October + Plans for the Future

So, final total for the month of October on my blog: 2,262! Now, a lot of people know I feel bad about the mass number of views that came in for the Starslip post and why, but guess what? I checked the total amount of views the Starslip post had in October and subtracted it from the total views for October, and even without it, I still got way more views than I generally do on my blog. Yay! ^_^

I’m pretty sure part of what has brought in these higher numbers are my extended talks on comic books, in particular my short text reviews on the comics I buy every week. So with that said, expect me to keep doing that. I’m sorry if that annoys anyone and prefers to watch for my talks on Pokémon or the like, but don’t fret, I AM doing that too. In fact, my next video review will be on a classic episode of the show.

By the way, if you’re wondering where that episode is, it’s been put lower on the priority list because my YouTube reviews had to be taken down. So what am I doing now? I am reworking and tweaking the multi-part review of the Turbo: A Power Rangers  Movie review. That said, I would also like to release the following list of reviews I plan to release on Blip, in no particular order. And no, I’m not releasing dates since, as most of you have figured out by now, I am TERRIBLE at keeping up scheduling dates.

Turbo: A Power Rangers Movie
Pokémon – Mystery at the Lighthouse
Requested Review: Justice League – Hereafter Part 1 & 2
Digimon – Our War Game (Just that one movie, not the three that were combined for the North American Digimon Movie)
My Little Pony: Friendship Is Magic – The Cutie Mark Chronicles
And of course, more random Pokémon episodes ^_^ lol

Oh yeah, and you’ll notice that one of those is a requested review. I AM open to requests, people. Now, will I review everything requested of me? Not necessarily, but if it’s something animated or tokusatsu, I will at least consider it.

Anyway, that’s all from me for now. Ja né!

Okay, a couple of videos I’ve neglected to post here. The first is a video that…well, how do I put this? Basically, if you thought that no video I could ever watch could possibly get a bigger reaction out of me than the infamous “Azurill Grows A WHAT?!?!” or “Ghirahim is Just CREEPY!” moments, watch what happens when I was told to watch a video that represents the darkest side of the Friendship Is Magic fandom, “Cupcakes”.

The next is a much more loving video for a wonderful occasion: It’s the video I made for PinkRangerWannabe on our anniversary this past weekend.

Oh, music in these vids are Combine Harvester by The Wurzels and Suteki da ne by Rikki, and to those wondering, Suteki da ne is our song…now if only it was attached to a better game than Final Fantasy X…