← Braun Strowman Pushed Over An Ambulance – Why It Was AWESOME!
Pammy In Green (Parody Song) #PoisonIvyLeague →

12 Essential DC Titles That Must Be Part Of Every Line-Up/Reboot/Etc.

Y’know, in comics, when you’re setting up line-ups of different titles to try and sell to your customers, say as part of a reboot or relaunch or whatever, it’s a good idea to keep it varied. After all, you never know when something different might stick with someone. But, at the same time, there are certain books that have a certain name value to them that need to be kept in, no matter what you’re doing. DC Comics, in particular, seems to have several of these high name value books. But which ones are the ones that I feel are the ones that MUST be kept in, regardless of what they’re doing? What books, no matter what kind of universal reboot or retooling or new direction, do I feel are the titles that should be kept around? Well, strap yourselves in, because I’m about to go over them now. These are the 12 essential DC titles I feel should be a part of every line-up. So, let’s start with an obvious one…

If for no other reason, Action Comics needs to be kept around for DC’s entire life-span because it’s the book that started this whole incredible ride. And because it’s been around for so long, it can provide for great anniversary moments. Hell, at this moment in time, we are coming up super close to a legitimate Action Comics #1000, and it’s frigging awesome. I would keep Action Comics running from now until the end of time if I could, and I would NEVER attempt to renumber it ever again. 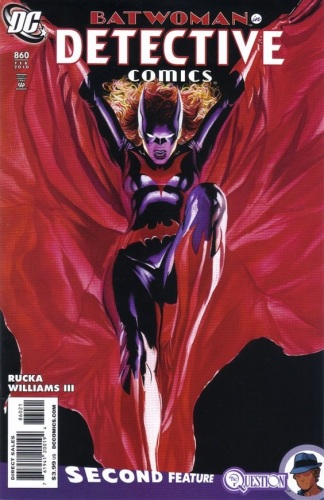 Same deal as Action Comics. Detective Comics has been a major staple of DC (right down to the frigging name), and is likewise creeping up on 1000 issues. This needs to keep running for as long as DC Comics does. Maybe even longer, if say someone like Marvel or whoever bought out DC and kept their characters and stories going.

They are the three pillars of DC Comics. Let’s just be clear about that. No matter how big anyone else gets, and there are plenty of big freaking names, these are the ones that best define DC: Superman, Batman, and Wonder Woman. You do not have DC Comics if you don’t have these three characters, and they MUST have their own solo titles. Admittedly, though, Action Comics and Detective Comics of the modern day are pretty much just Superman and Batman books respectively, but at least said books also feature plenty of their supporting casts. Hell, for a time, Detective Comics primarily starred Batwoman. But yeah, these three HAVE to be around.

Okay, I know what I just said about the Trinity, but if there was anyone else in DC that I can’t imagine the books existing without, it’s The Flash. This is probably because of the fact that he’s been central to so many major events that revolve around the Multiverse and the central continuity of the stories. Think about that: Any time there has ever been a major shake up, Barry or another Flash was in the middle of it. As such, Flash is very much a central part of DC’s legacy, and needs to continue to be as much moving forward.

With so many great superheroines in the DC Universe, it’s hard to imagine there ever being a time when the Birds of Prey didn’t exist. I mean, I know there was, but I can’t imagine how or why. It’s bizarre. That said, one thing that the Birds of Prey books need to stop doing is introducing whole new male characters that no one cares about. Specifically, Condor from the New 52 version and the new Oracle in the Rebirth version. It’s infuriating. lol I would also probably use this book as a means of getting the Gotham City Sirens (Catwoman, Harley Quinn, and Poison Ivy) involved in major storylines if they didn’t have their own books. I mean, I would probably make sure they did have their own book, but again, I’m going specifically for the bare essentials here.

Again, with so many younger heroes, there simply MUST be a Teen Titans (or just Titans) book at all times. Even if you rebooted back to square one, to where Dick Grayson is Robin and so on, there are still plenty of options to go with. You still have Kid Flash, Aqualad, Raven, Cyborg, Beast Boy, Starfire, so many younger heroes that would be welcome in a Titans book.

Granted, this hasn’t always been the case, but Green Lantern, more than any other hero, helps to unite the events on Earth with the events throughout the universe in DC. So many cosmic heroes and villains that are brought into what goes on with Earth via connections to the Green Lantern Corps. I don’t even care which one you use (I personally prefer John Stewart, but whatever), but there MUST be a Green Lantern with their own book at some point. Hell, there are so many, each with their own unique stories, you could give the vast majority their own books. 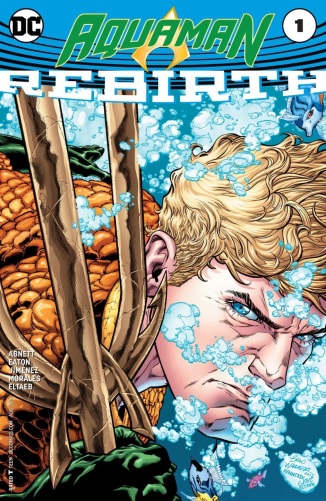 Of all of the characters who have rotated in and out of the Justice League, Aquaman is one of the few that has stuck around the longest. For all the jokes people STILL sling at this guy, none of which are warranted, he remains one of DC Comics’ signature characters. And dammit, he needs to remain as such forever. He’s earned it.

So, that leaves us with #12. And, I’ll admit, this is the hardest one to decide, because whoever gets in, that means everyone else is left out as being one of the essentials, which I feel is a slight against all of them. No matter how I spin it, I’m purposely leaving out each one of the above characters who aren’t chosen as #12 as being one of the most important characters with the most important stories. And it doesn’t help that my own personal bias affects this, too. And yes, my personal bias makes me want to say Gotham City Sirens or a Stephanie Brown book. But, in the end, I have to choose what I feel would be the most important to DC’s line-up and its legacy. So, with that in mind, and I KNOW I’m gonna piss someone off with this, here is my pick for #12…

I think that one thing that’s been universally agreed upon in terms of what was lost with the New 52 was the DC Universe’s legacy. Not just where it’s headed, but where it came from as well. Both the legacy heroes who came before and are yet to come. No matter what kind of reboot or reset that happens, it’s important, for the sake of those that continue to keep up with DC, to have something that speaks to its legacy. And no team better represents DC’s legacy, where it’s been, and where it’s going, than the Justice Society. And it can be either a book set on an alternate Earth, or a book about a team that existed back in the days of the Golden Age of comics, but there MUST be a Justice Society. Ironically, at this time, Earth 2: Society has finished its run, and a Justice Society book is still in the works. Hopefully, though, DC doesn’t leave us waiting for too much longer with the latter.

And, just to be clear, if I was running DC Comics, I would of COURSE have books like Poison Ivy, Batgirl, Martian Manhunter, Gotham City Sirens, Green Arrow, Supergirl, and Secret Six going at the same time as the other twelve I’ve mentioned. They’re all important characters and stories to me. But this isn’t just about me. And besides, with the choices I gave, there’s still plenty of room to involve all of those characters and more. And, like I said at the beginning, it’s good to throw other, varied options around for the reader to pick up and see if they like it. Give different heroes and stories a chance to shine. But, at the end of the day, these are the twelve that I think NEED to survive above all others from now until whenever this crazy age of comic books comes to an end.

… … …BUT, I’m sure you all have your own picks and selections, so feel free to leave them in the comments below. Ja né!

← Braun Strowman Pushed Over An Ambulance – Why It Was AWESOME!
Pammy In Green (Parody Song) #PoisonIvyLeague →