So, as I’ve brought up before, I’m currently having to go on welfare and cut corners wherever possible to use up less money. This is why I pretty much had to cut the number of comics I buy in half. However, there’s an option I haven’t considered until it occurred to me today. So, I’m curious as to which is the better idea for saving money: Buying individual issues of comics, or the collected trades?

Now, as far as that would affect the blog, well, I might or might not still post early previews for each issue if I buy the trades if I can remember. However, as a fair trade, I might decide to give full reviews and thoughts on the collections when I get them. So, I’d still be covering the books I get on here for everyone, because I like to promote good reading. ^_^ 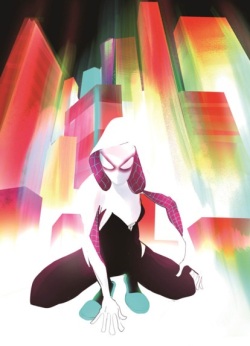 Anyway, let me know what you all think in the comments section. If I do make the switch, though, it won’t be until after the current story arcs are done, since they’re usually what are collected for the trades in the first place. But yeah, tell me what you think of this, and we’ll see what happens. Ja né!