← Batman & Azrael: KnightsEnd
Thoughts On Batman #37 – Is The Joker Immortal? →

So, I have now officially posted chapter 1 of Justice League Infinite! If you wanna read, by all means, click the picture below.

Now, because I’m a nice guy, let’s take a look at some more of the characters to appear in this story, starting with the zombified gangster born on a Monday: Solomon Grundy.

As you can tell from the image shown, I used Grundy’s appearance in from The New 52’s Earth 2 book for the character, and like said version, he is the chosen champion of The Rot. He can make the ground and the roots under him wither and die, and even turn them undead and warp them to his will. What’s worse is that his body can continually regenerate and recover from damage as long as he’s connected to The Rot, which is one of the varying essences that make up the world itself. He also has large butcher knives stuck in his shoulders (like in Injustice: Gods Among Us), and can thus use them for melee attacks if punches or the like backed by his incredible strength don’t quite get the job done. And while he talks in the same sort of Hulk-esque speech that he’s more commonly known for by people who play the video games or watch the TV shows and movies that he’s appeared in, he’s still actually rather intelligent, at least when it comes to fighting, able to catch opponents off guard with his various abilities. The only way to defeat him is to cut him off from The Rot. Green Lantern Alan Scott was able to do this by physically banishing him to the moon, where The Rot’s energy couldn’t reach him, save for allowing him to continue to survive. 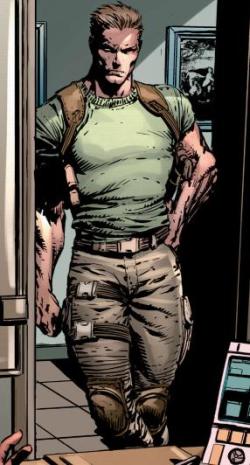 Steve Trevor in this universe is actually a government agent, sent by Washington to convince Superman to take on a dangerous mission. He’s still a good guy, though, and doesn’t approve of the method of convincing Superman to take the mission, which would be to expose his identity if he didn’t coöperate and come for him and his family. He deeply admires superheroes and believes in their fight for good. He also has a past with Wonder Woman, although for the moment, it’s unclear what all that entails, and they remain good friends to this day. 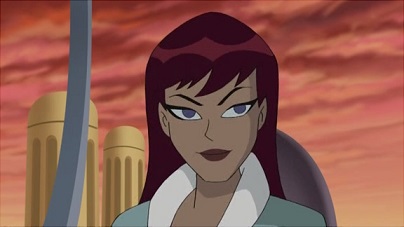 Loana, much like in For The Man Who Has Everything, is basically a hybrid of Lois Lane and Lana Lang (and is also supposed to be African-American in this story, so please excuse the image). Basically, in this universe, she is both the childhood friend and sweetheart that Lana Lang is, as well as an award-winning journalist for the Daily Planet that Lois Lane is. As of the beginning of this story, she’s currently living with Calvin on the Kent Family Farm, and less-so works in the offices of the Daily Planet and instead commutes around to various locations for on-site reporting. Personality wise, she’s closer to Lois, being a little feisty and teasing of Cal at times, and also taking her work with the same level of dedication and commitment as Superman takes his own duties.

Anyway, that’s all for now, but keep an eye out for when additional chapters are posted, as I’ll continue to give little special looks into the characters and plot points presented as they début. Ja né!

← Batman & Azrael: KnightsEnd
Thoughts On Batman #37 – Is The Joker Immortal? →